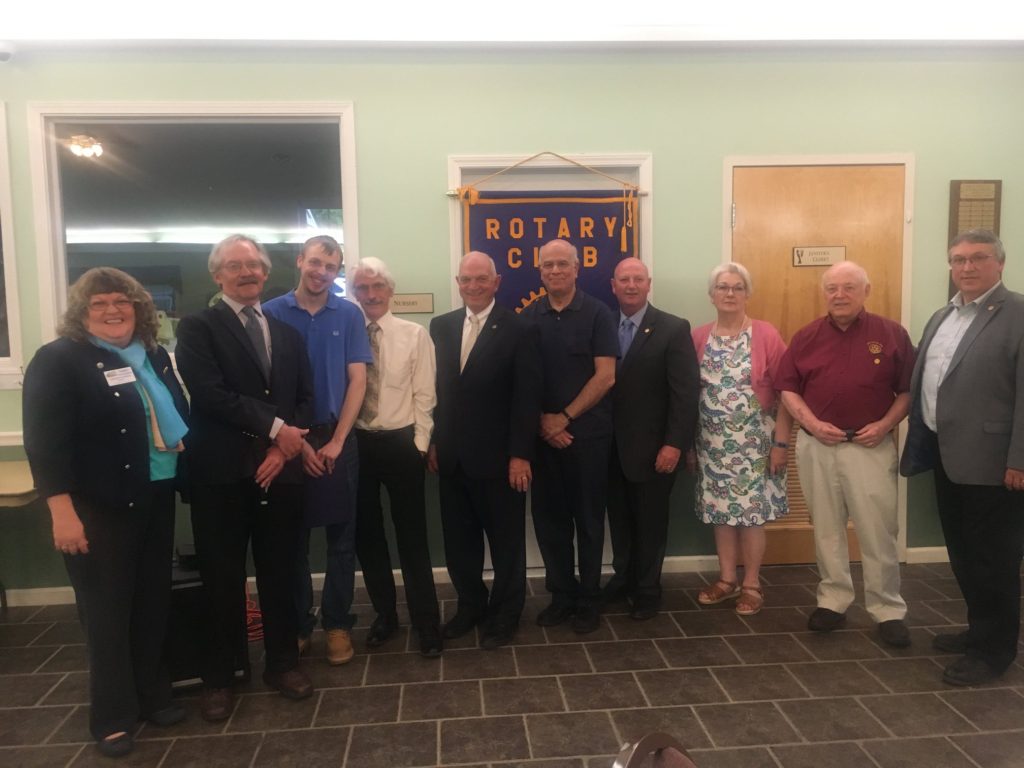 Early in April of 1922, a group of men gathered at the Ballston Spa residence of John (Jack) Knickerbacker to consider the organization of a Rotary Club in the village.

Several of the men favored the project, but there were a few murmurs of dissent. Mr. Knickerbacker believed such a club would be a good thing for the community, and was so enthusiastic that he persevered in its establishment.

His efforts overcame the hesitance of the doubters and on April 24, 1922, a Rotary Club was organized with 24 charter members.

Irving W. Wiswall — for whom Wiswall Park is named — was elected president while Harry B. Dorman was made secretary.

The initial meeting took place on May 22, 1922 at the Community House on Pleasant Street. For the first meetings, which took place at 12:30 p.m. on Mondays, a committee of ladies prepared the luncheons, but later a woman was employed to prepare each meal. During this time, members gathered, formed in line, went to the kitchen, took lunch on a plate, then dined at a table. Dessert found its way to diners in the same manner — a practical example of self service!

One of Rotary’s projects has been the care and treatment of disabled children. In 1924, the Ballston Spa Club undertook the financial responsibilities for the hospitalization and successful treatment of Rowena Knapp, a child three years of age. The club came to the financial assistance of three other crippled children before the work of the committee for Crippled Children of the 29th District led to the enactment of a New York State Law providing for financial assistance for all physically handicapped children in NYS.

Today, The Rotary Club of Ballston Spa continues to offer fellowship among managers and proprietors outside their usual day to day routine.  Rotary is a catalyst which allows members to serve people in Ballston Spa and around the world.

For the betterment of the local community, The Rotary Club of Ballston Spa has recently helped the following organizations :

Other donations and sponsorships include:

I really enjoy being a Rotarian. It is an excellent opportunity to be a part of the community, get involved, and meet great people.