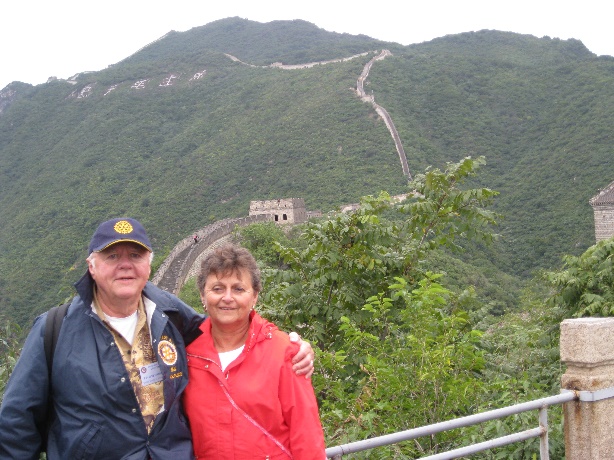 Bob grew up in Schenectady, NY. He graduated from Clarkson in ’53, spent 2 years in Japan in the Army, and worked for GE until 1986 mostly in Shop Operations & Manufacturing Engineering Management positions.

He joined Rotary in 1987. He was Polio Plus Chair for the Schenectady East Club where they raised over $10,000 and he was awarded his first Paul Harris Fellow. He & Suzanne moved to Lake Placid in 1995. He’s been active in the club & the District, and he has been President and District Membership Chair. His most memorable Rotary achievements include 3 International Rotary tours of Croatia, So. Africa and China. In addition, he has visited over 100 Rotary Clubs. In 1996-7 he was Gen. Foreman for building the Shipman Youth Center.

Bob curled for over 35 years and besides being in two RI Curling Championships he officiated at the 2002 Olympics in Salt Lake City. He is active on village civic committees: The Tree Board, Appearance Committee, & Comprehensive Planning. He enjoys swimming, hiking, X-skiing ,and home projects. He’s also a 46er. Bob & Suzanne moved to Ballston Spa in 2020.

I really enjoy being a Rotarian. It is an excellent opportunity to be a part of the community, get involved, and meet great people.